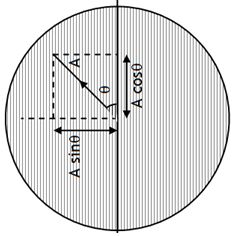 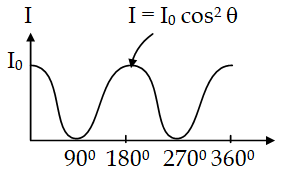 Actually the phase angle for a beam of unpolarised light can have any value from 00 to 3600. Now as the average value of cos2 θ for the range 00 to 3600 is 0.5, thus the average intensity of light transmitted by a polarizer is only 0.5 I0.  Following observations can be explained on the basis of Malus law.

^Light through a polarizer ^Brewster’s law Scroll to top
error: Content is protected !!