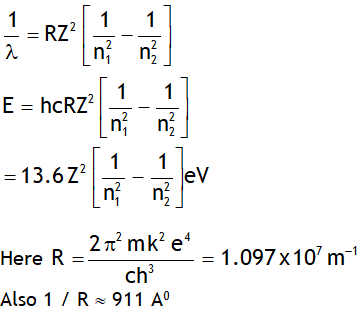 Electron, thus it is not a universal constant.

In deriving the above value the nucleus is assumed to be at rest. However if nucleus is not assumed stationary then the Rydberg constant depends on both mass of electron & nucleus & is given by