^Explosion of a bomb

Before explosion, suppose the bomb is at rest i.e., initial total momentum is zero. Now when it explodes, it breaks up into several pieces of masses m1, m2, m3, etc., which fly off in different directions with velocities 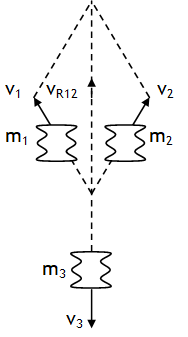