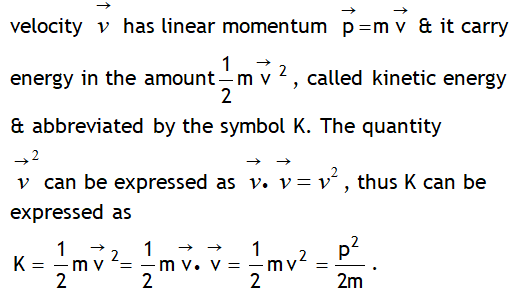 As both m & v2 are + ve & scalar, thus the KE of a body is always a +ve scalar quantity. Where as linear momentum is vector and always directed in the direction of velocity.

KE of a system of particles is the sum of kinetic energy of all of its constituent particles. i.e.

Actually KE is defined as the amount of work done to accelerate a body from rest.

we can say that