Horizontal distance in the plane of projection is called horizontal range, it is 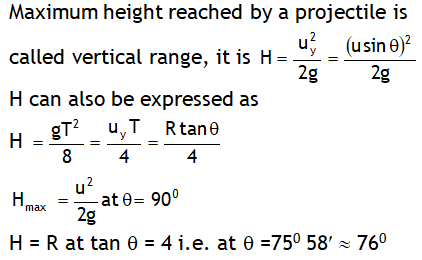 Diagram  above shows a situation a projectile is fired at a speed u = 25 m/s. On changing the angle of projection its range and height changes. Note horizontal range is same for complimentary angles. Also vertical range is maxi if projection angle is maxi. 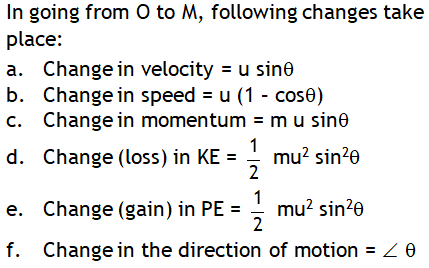 In going from O to A the following changes take place